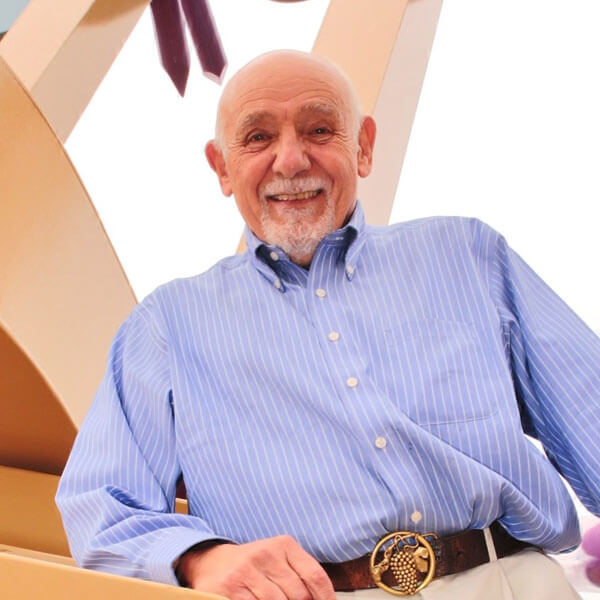 Walter Byck – Head of the Paradise Ridge Family – was born in Newark, New Jersey. Excelling in all levels of his studies, he graduated from the University of Pennsylvania Medical School top of his class.

As a radiology resident at Cornell Medical Center in New York City, Walter met his future wife, the beautiful Marijke Hoenselaars. Upon completing his residency, he requested to be station in Europe close to the Dutch border and Marijke. Walter proposed after a walk through the sculpture grove at the Kroller-Muller Museum, and Marijke & Walter were wed in Nijmegen, Holland in 1961. Four years later, when Walter Joined a small but growing medical group, Redwood Radiology, the young couple moved to Santa Rosa. Walter discovered Paradise in 1977, but it wasn’t until May 1994 that Marijke & Walter opened Paradise Ridge Winery. The first sculpture exhibit in the new Paradise Woods Sculpture Grove opened within a year, and, upon retiring from medicine in 1997, Walter turned his attention towards building the reputation of his growing sculpture project. In 2004, Walter was recognized for his outstanding efforts in the art community, bringing together numerous art organizations and spearheading a countywide art project known as Sculpture Sonoma. In honor of this major accomplishment, Walter was chosen as ‘Man of the Year’ by the Bohemian. With a passion for many things, including cosmology, art & wine, Walter is most passionate about his family, especially his 13 grandchildren.